I’ve read the stories about the incredibly shrinking interest in bowling around my part of the world. Family-owned bowling centers have been closing. The number of bowlers registered to the national organization that tracks us is steadily shrinking. The sky is falling on a sport that I’ve held close to my heart since the days both my parents made sure I participated in one of their share interests in my Wonder Bread years.

Somehow I thought my Thursday Night Men’s League at Bowling Green in North Syracuse was immune to the downward spiral. For more than a decade I showed up eagerly to the small alley, 12 teams filling all dozen available lanes, five bowlers per team, everybody rolling 31 weeks per season.

Hardy and hearty bunch, we are.

This September I showed up to an eight-team league. 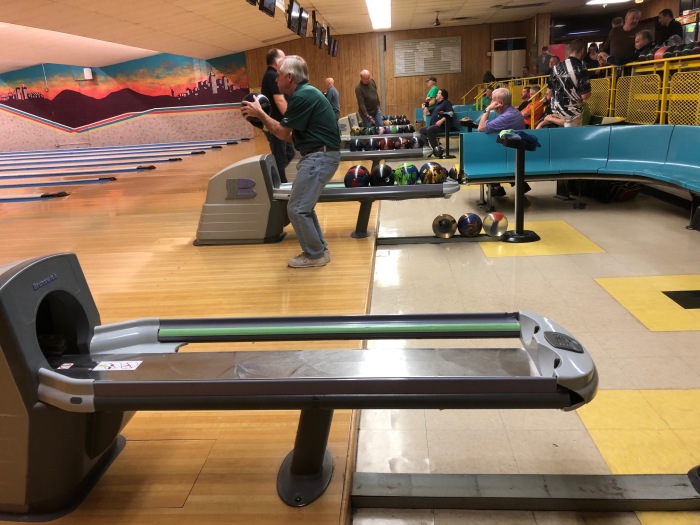 A full third of our league had dropped out since the end of the previous season last April.

It’s a changed atmosphere for sure, rolling with lanes one-and-two and 11-and-12 empty every week.

Some teams jumped to other leagues at bigger bowling centers, I hear.

Robust in the middle.

I still get along with the five guys on the seven teams joining us for our now 29-week season, for sure.

But my feeling of invincibility for our Thursday Night Men’s League has vanished.

I really wonder if it’ll be around for another season.