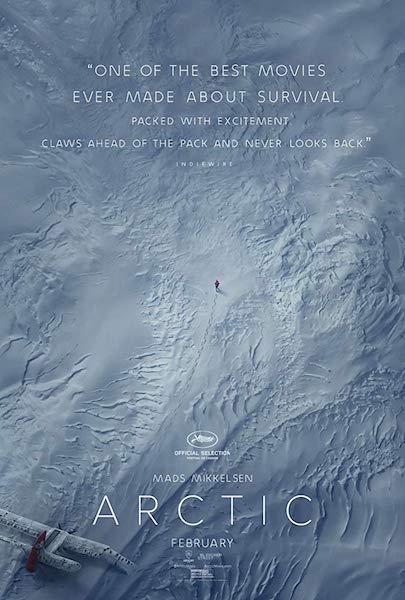 When we first meet the man in the center of Arctic, he’s scratching in the snow.

He’s writing a message he hopes will catch the attention of somebody, anybody.

We never find out the name of the guy stranded when his plane crashed in the middle of these snowy mountains, but, in this drama directed by Joe Penna from the screenplay he co-wrote with Ryan Morrison, we discover so much more about him as he fights the elements, the odds and that little voice most surely must be telling him really bad things.

This is a movie of survival in its simplest and most complex forms.

Mads Mikkelsen is superb as the moral soul who goes through hell in this frozen tundra to save himself and the woman who barely survives the crash of the helicopter, a flight we are left to guess about whether or not its mission was to search for his whereabouts. 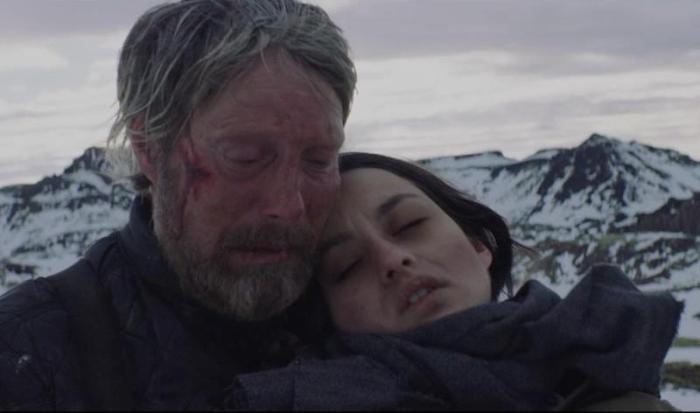 The whole world is right here. (From IMDb.com)

Maria Thelma Smaradttir is good, also, through her part in the game is to to stir the best she can muster to his commands to show that she still has life left in her.

Oh, how he fights to get them somewhere, anywhere, that has a chance to be found.

The film is shot in Greenland, and the majestic beauty and solitude of the surroundings surely plays a big part in its draw.

Yes, I root for a victory here, if any kind, as this man of great will goes back to his supply again and again.

Be YOU, Be GREAT