A recent weekend visit to Nichols to buy some staples also led to a stray toward Onondaga Lake when the return trip to my car included some sounds coming up from Onondaga Lake.

People were doing something down at the park, I thought.

The sound that was carrying up the two blocks was people cheering runners on toward a finish line.

Gray skies and coming moisture, be it snow or rain or some mixture thereof, be damned. 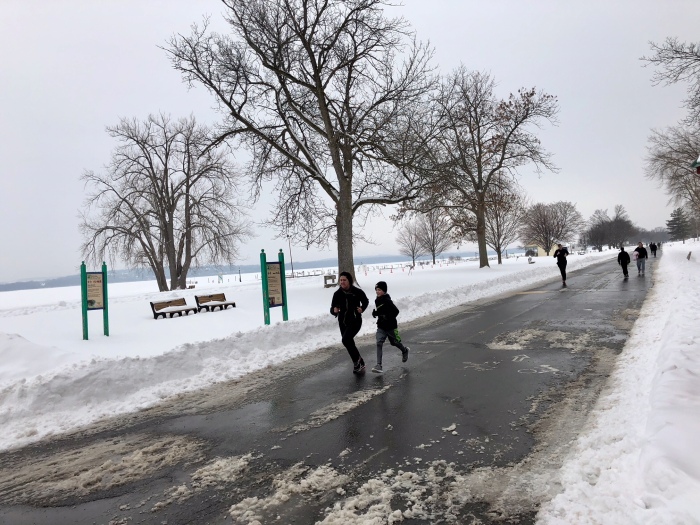 You can do it.

Some were shouting out times.

The runners appeared to be of all ages.

And in a moment, they were done and going back.

14 thoughts on “Racing to find that sound”