If you’re thinking about traveling to Asia, don’t see No Escape.

If you’re about to take your family to a different country, don’t see No Escape.

If you’ve just taken a new job and are about to relocate to another city, don’t see No Escape.

Come to think of it, just don’t go see No Escape.

This action-thriller co-written by Drew Dowdle and written and directed by John Erick Dowdle is a downer in so many ways.

Jack Dwyer is an inventor/engineer whose failed business in Austin, Texas, has led him to bring his wife Annie and daughters Lucy and Beeze overseas, to an unnamed country in Asia, where he’s taken a job for an international company and huge water project. The girls, who had no say in the matter, are less than thrilled about this relocation mission. Then, on day one in a peculiar hotel, they end up in the middle of a raging coup, where the home people are hunting down and killing all foreigners. We find out Jack’s new company — unseen for any help in the escalating trouble — is indeed one of the culprits in fueling all the local hate.

The only help comes from an eccentric ex-pat played by Pierce Brosnan and his local sidekick who wants to be called Kenny Rogers for his love of the American singer.

Owen Wilson tries hard to make the most of the role of struggling hero-dad, and Lake Bell sweats a lot beside him as fighting mom.

But, really, all of the violence and nastiness and killing and the ways they concoct to wiggle out of it are so dark and troubling and contrived that sitting in a Friday afternoon matinée with about 50 movie-goers of all ages in a Regal Cinemas theater in the Syracuse mega shopping, dining and entertainment complex Destiny USA, all I could do was squirm, dislike what was in front of me, and wish that I’d chosen another movie.

I despised the stereotypes of hater local Asians and their killing streets and alleys. I hated the ugly situations they placed these little girls in. I couldn’t root for the man who was supposed to be the good guy because of some of his actions were wrong and others were just plain unbelievable.

There was no getting out of my dismay and discomfort.

Do you think children’s roles should be limited in some portions of action thrillers? What’s your favorite Owen Wilson movie, and why? Have you traveled to Asia, and if so, how were you treated?

61 thoughts on “In No Escape, a family man faces the worst” 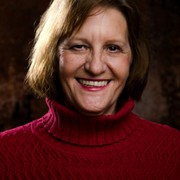