The finish for the second half of the season in the Thursday Night Men’s League at Bowling Green in North Syracuse is in.

Our Limp Lizard squad finished fifth out of 12 teams.

We went into the final week of league play in a position night, rolling against the very good Creno and Kelly team. They were in third, and we were in fourth. They took the first two games, but we battled to win the final game of the night and the regular season. It was an important two points, allowing us to finish ahead of the sixth-place team. All of this I am told by Steve. We’ll see for sure when we get the final sheets tonight, when we bowl in the really-last event of the 2016-2017 season, the team tournament. 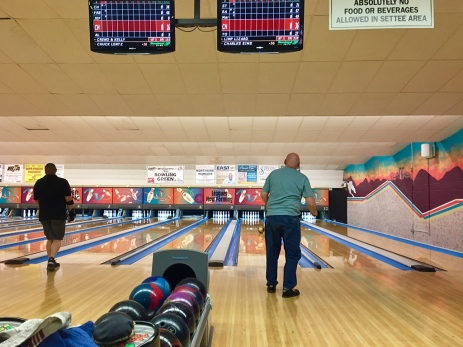 No fingers in the ball for Randy. 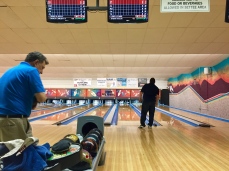 In motion for Charlie.

Back in the swing.

Right down the lane.

Hover over an image for a description. Click on a photo for an enlarged slide show.

Charlie was subbing for Tiny for the second week in a row. Thanks for filling in, friend. Tiny will be back for the team tournament.

That would mean I fell one pin from last season to this. Dagnabbit.

Still, this season was a success for the squad, rising from 10th place in the first half to fifth in the second. 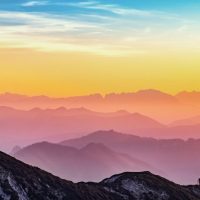