I’m glad to report that our guest columnist Paul Curran is back in good spirits and feeling well enough this week to present his Sunday Cuppa. And I’m also happy to say that he’s decided to listen to your comments and write about his interesting friend Penny again. And so he recalls …

Welcome to the weekly coffee and tea garden. My name is Paul, I’ll be your barista today and I’m happy to be here at Mark Bialczak’s Little Bitty in Syracuse, New York. Please come in and go through to the living room. Mark, his wife Karen and their pooch Ellie B have prepared a nice, air-conditioned, comfy place for us so I can tend to your needs for a cuppa, and sweets. There are thundershowers this morning with a high just over 70 F. As usual, I’d be pleased to bring a pot of whatever beverage you prefer. We have a wide range of teas and coffees to satisfy our worldwide readership and adult beverages for those who wish something stronger. We can relax with a cuppa in the air-conditioning while we discuss the affairs of the week both personal and/or worldwide. Ellie likes to be patted, so please indulge her when she greets you. Have a piece of cake (or any of the sweets on the next table) – electronic sweets are all calorie-free! How has your week been? Are you enjoying the weekend? Any special activities?

Tea Time for the Birds

A number of readers have commented that they would like to hear more about Penny, so here we go. Enjoy.

She danced across the parking lot with a huge smile on her face and her blonde hair streaming behind. I sat in the getaway car watching with amusement as each dance leap carried her 2 feet in the air. Penny had just come out of the liquor store and had the neck of a bottle of port clasped tightly in one fist. When she got to the car, she flung the door open, jumped into the passenger’s seat and shouted: “They carded me! They carded me!” I had to laugh at her enthusiasm as I pulled the car into drive and headed out. For a 30-year-old woman with four children to be asked for identification at the liquor store was apparently quite a positive thing.

“Where are we going?” I asked.
“To the water, to the water… please?”
“No problem, how about Strathcona Park?”
“Yes, please and thank you.”

Strathcona Park was bordered on one side by the Rideau River and contained an outside theater. The sets for Shakespeare were set up in concrete and were a permanent installation. Penny had spent many years in the theater and had done Shakespeare there in her university years. Children played among the sets when they were not in use as well as on the swings and slides provided. Penny adored the park and went as often as circumstances allowed. I was currently having cancer treatments, and she was doing on-call teaching, as all new teachers did before finding a permanent assignment. She had an assignment that day but it had been canceled after she had arranged for child care. That left us free until school got out and her older kids came home.

We were almost to the park when Penny exclaimed: “I forgot to bring bread for the ducks, stop at that Lebanese store there.” (She could be quite imperious when she wanted something.) I did and she ran in, emerging a few minutes later with a large package of flatbread. We arrived at Strathcona – a relatively small inner-city park that was a green oasis in the concrete and asphalt.

Website: http://www.youvillecentre.org/blog/you-ride-2010-was-lots-of-fun/
Debarking, we strolled in the dappled sunlight under the trees, over to the river. There was a concrete and stone wall about 2 ½ feet high that edged the park and marked the river shore. The top of the wall was about the same width and smoothed with concrete. It made an excellent surface to walk or sit on while observing the river which was down about an 6 foot dirt bank on the far side. Website: https://www.pinterest.com/pin/78531587226538328/
Penny was wearing a sturdy black pair of Mary Janes with rubber soles for traction – all the better to chase kids, her own and others – with a pair of rainbow-colored socks and black pants. She hopped nimbly up on top of the wall while I watched. Ripping open the flatbread package tied with one of those annoying tape seals that cannot be opened and are not reusable, she removed one piece and set the open package between her feet. Tearing a piece off she made cooing sounds as she threw it toward a mother duck and her eight babies. The ducks must have been used to being fed as they gathered fast and lunged for the bread. Telling them not to fight, there was plenty more, she tore off more pieces and threw them down until each baby and the mother had a piece. While she was doing this other things were happening without her noticing. Much more wildlife including gophers, sparrows, crows, a huge blue heron and, strangely, a jet-black swan – which I had never seen before – began to move toward the landing bread.

Penny reached down and picked out another piece of flatbread and started to divvy it up, tossing in different directions to different creatures. While she watched the gathering wildlife, a black squirrel came carefully along the top of the wall toward her.

Website: http://www.iwillwander.com/category/canada-2/ottawa/
Moving very slowly and deliberately, the squirrel walked right up to the bread bag, all the while glancing up at Penny to see if she had noticed – which she hadn’t. He reached out and grasped the plastic bag in his jaws and began to drag the almost full bag backwards away from Penny. Grinning, I quietly said “Penny” and as she turned she saw the squirrel and he knew he had been made. Penny made eye contact and said sternly and loudly:
“Stop!”
And the squirrel stopped. Penny said:

“You’ll get your share,” she said as she reached for the bag and took out another piece. She placed the bag back between her feet and breaking off a few small pieces, she tossed the pieces to the squirrel, which was waiting patiently for Penny to keep her word.

While she was dealing with the squirrel, the various other creatures had gathered at the base of the wall and the ground hogs were actually climbing the bank toward her. Penny turned to the waiting mouths and began to feed each and every one, making sure that no one got more than the others. The blue heron was standing on one leg separate from the others and Penny made sure bread got to her as well. The black swan also remained on the outskirts of the gathering – and he got some too. It wasn’t long before the squirrel reappeared on the wall, walked up to Penny and sat while watching her in expectation. Once dispensed with a few more pieces, it ran down the wall with full cheeks.

Watching Penny feed the critters, I realized how typical that was of her daily works. She fed open and waiting mouths and minds and hearts and made sure that everyone got enough and no one was left out – all in an orderly manner. I never saw a black swan before that and never again – as if it had come just to see Penny.

Please join me in thanking Mark, Karen and Ellie B for their invitation to tea on this weekend. We are all honored that you dropped by today to visit. I hope you’ve enjoyed yourself and the conversation and please look around at Mark’s other posts while you’re here. Oh, and roughseasinthemed, your bottle of chilled Muscadet is on the table on ice. Have a great week, all. 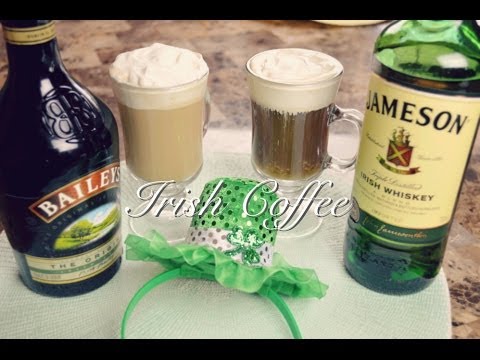 29 thoughts on “Penny in the Park”